Given a calculus word problem, the student will be able to:

Mission Prime focuses on identifying, modeling, selecting tools, and setting up functions to solve word problems. Performing calculations has been de-emphasized in favor of understanding the problem conceptually.

In the not-too-distant future, the people of Earth have decided to undertake a great project called Mission Prime by sending a few brave scouts across the cosmos to explore areas of a potentially habitable world, light years away.

When they awaken after their trip, the mission of these lonely space travelers is to prepare a safe, habitable environment for the colonists who will follow a few years behind them.

Students take on the role of one such astronaut after arriving on the planet. With only a rudimentary AI assistant as company, the player must mathematically work out the best way to use their limited resources to survive and build a colony in this alien environment.

Mission Prime includes four scenarios dealing directly with optimization problems. In the game, students will be asked to find the answer to an optimization word problem in the context of the objects present in the world. To better understand the context of the problem, students will manipulate certain objects in the world. Students will determine the ‘tools’ necessary to solve the problem from a given selection, arranging them, and then applying variables found in the game environment. Once the function is built from these components, students will be able to perform various operations on it and finally select the correct answer to the problem from the given outputs. 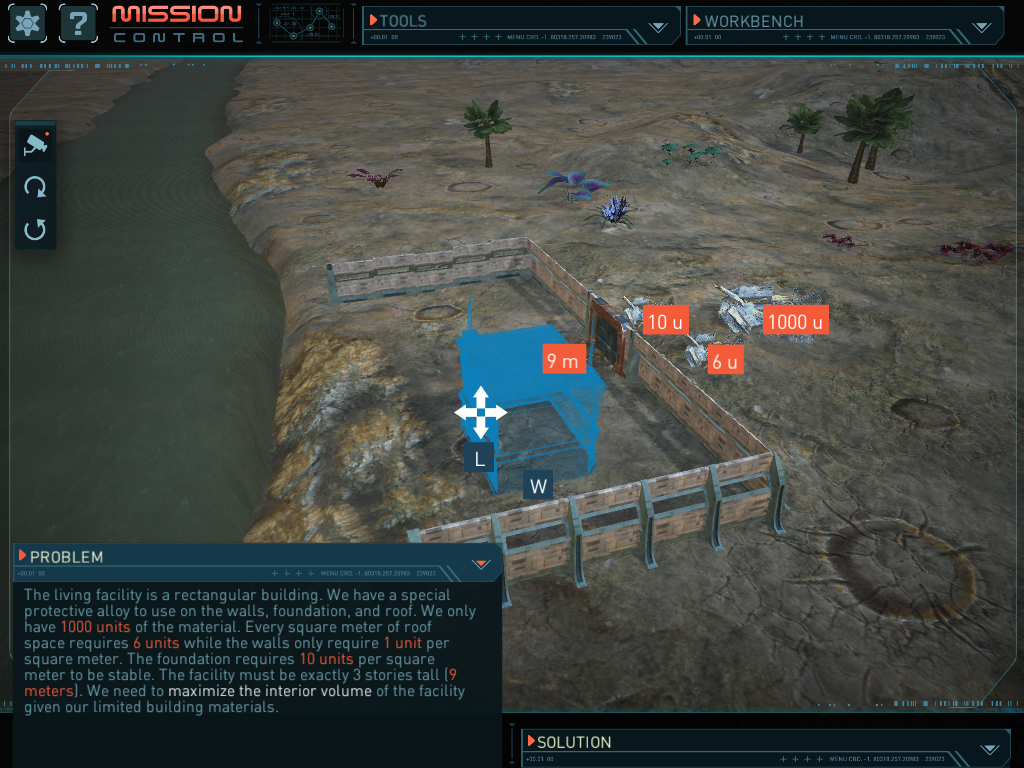 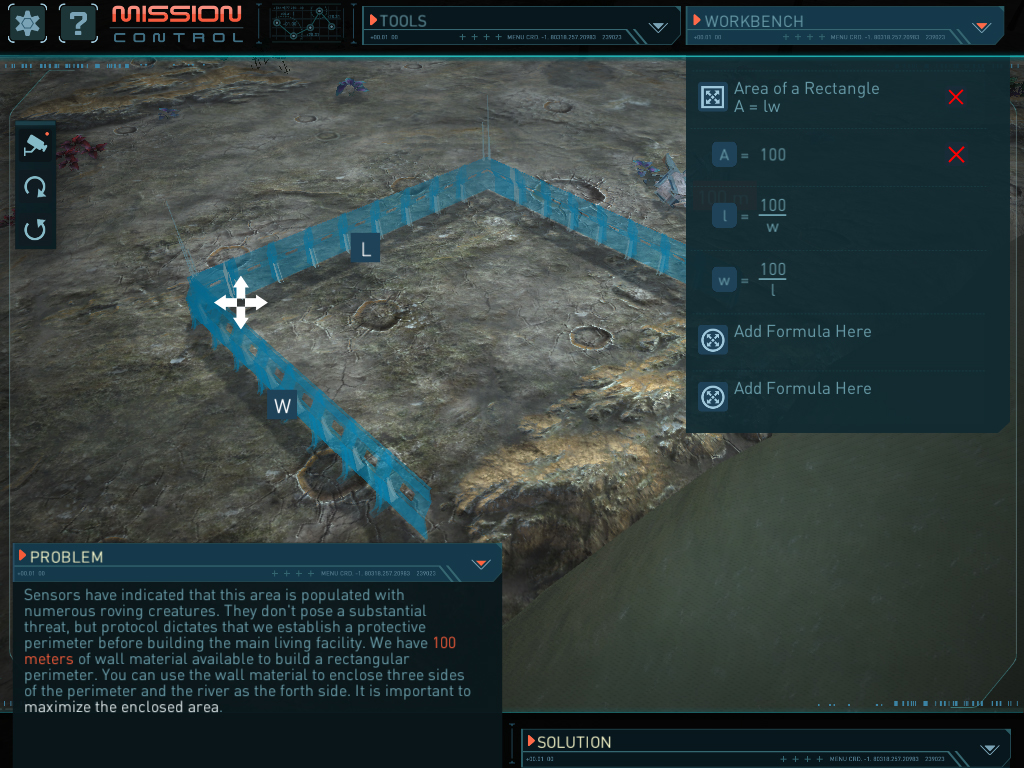 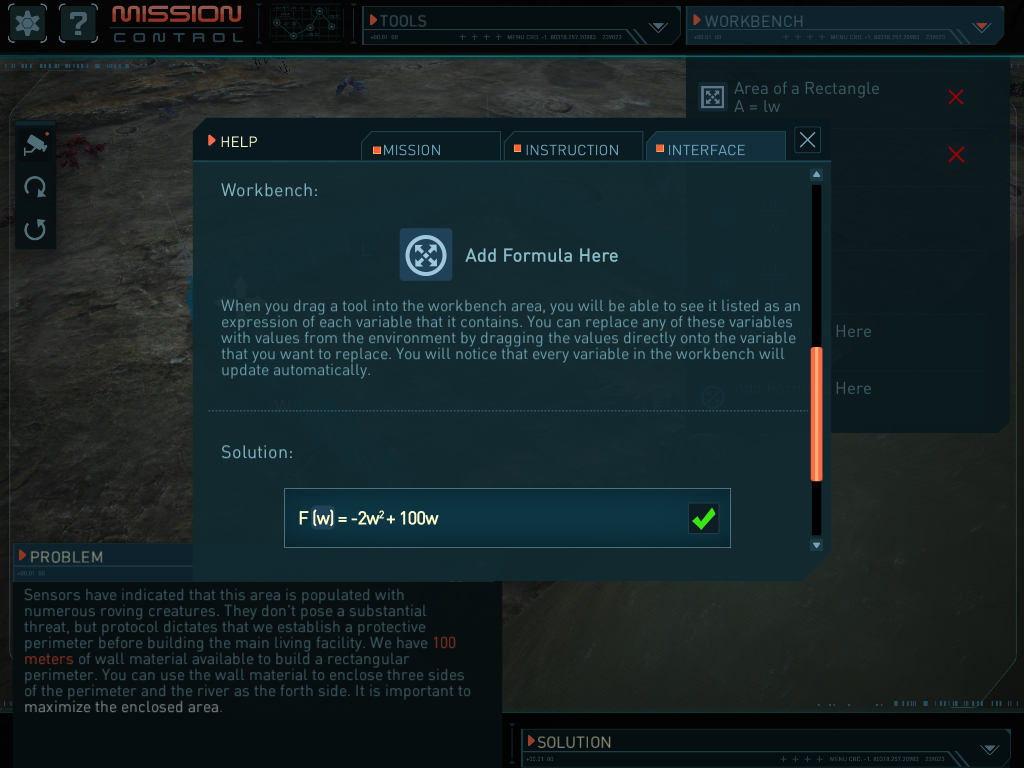 In addition to full implementation support, the K20 Center provides the following documents to help instructors effectively integrate Mission Prime into their classrooms:

In order to gain access to the game portal and all K20 games free of charge, please click the button below and fill out the request form.

In order to get support for a game, please click the button below and fill out the support form.