Students can discern between primary and a secondary sources.

About The Detective: Bavaria

In The Detective: Bavaria, students build skills in data interpretation while attempting to unravel the mysteries surrounding the village of Ingolstadt and Frankenstein Biomedical Lab.

As a rookie FBI agent, students collect clues and identify qualitative and quantitative data, primary and secondary sources, and discern the implications of data and how it affects a hypothesis. Being able to analyze data in this way gives them the ability to combine information from multiple sources to draw conclusions to succeed in the game and in the classroom.

The student is presented with a hypothesis at the beginning of each level. They must navigate around the level, collecting and evaluating clues. Clues can include text, images, graphs, and/or charts. Using their understanding of sources, students must identify whether the clue is qualitative or quantitative in nature, whether it is a primary or secondary source, the implications of the data, and how it relates to the hypothesis.

Students can review a notebook entry for each clue and a “hypothesis graph” to keep track of their progress in each level and how each clue affects their hypothesis. After collecting a pre-defined number of clues, the player can either continue collecting until they have gathered all of the available information or end the scenario by determining if the hypothesis is supported or not.

The learning content of The Detective: Bavaria is scaffolded. In the first of four scenarios, the student must only identify the implications of the data and how it affects the hypothesis (supports or opposes). This is done by selecting from three provided options. In the second scenario, data type (qualitative/quantitative) is added, and in the third scenario data source (primary/secondary) is added. The fourth scenario functions as a summative evaluation, in which the player reviews all of the previous learning.

Bavaria utilizes explicit, just-in-time instruction, immediate feedback after evaluating clues, and delayed feedback at the end of each scenario. 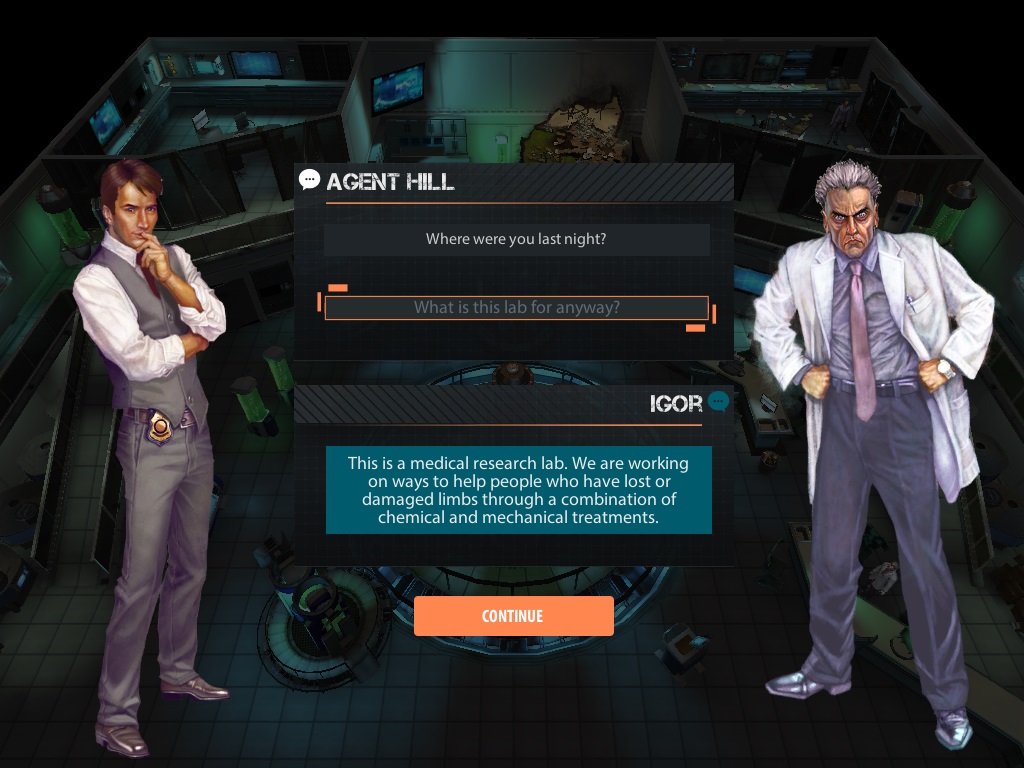 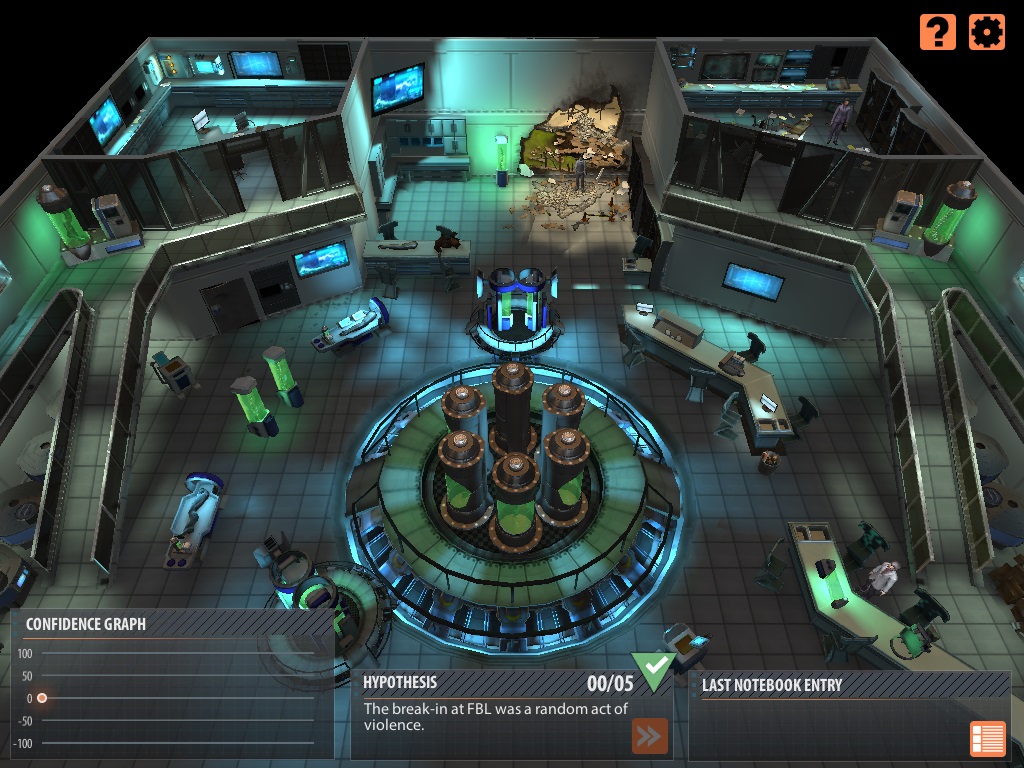 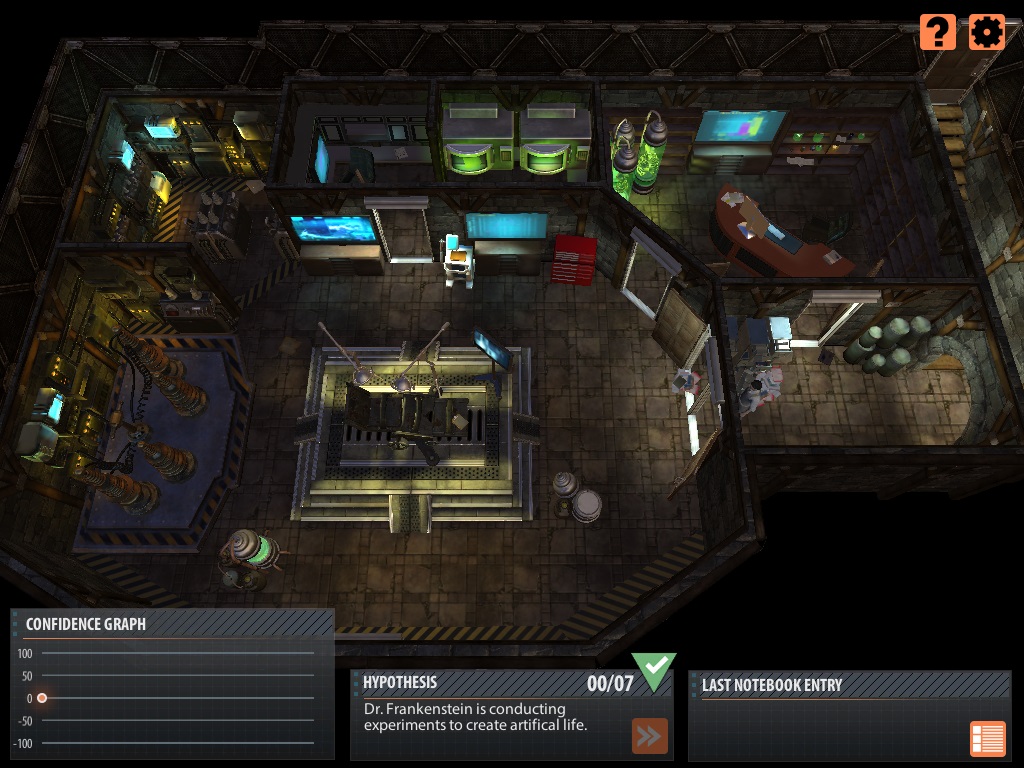 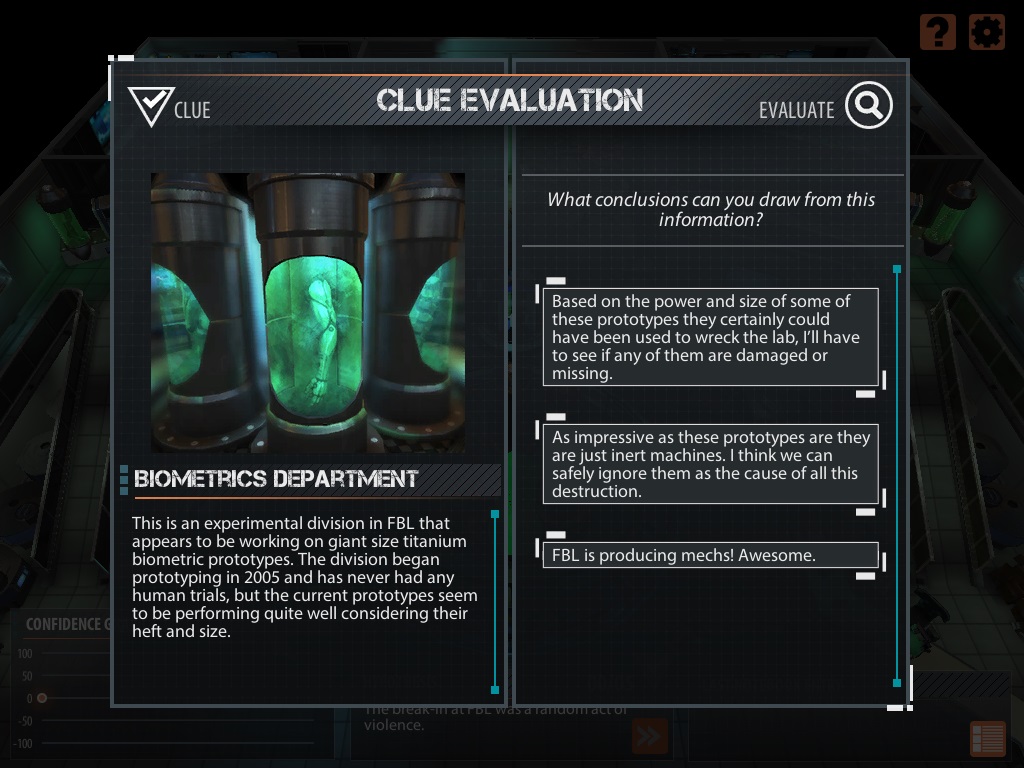 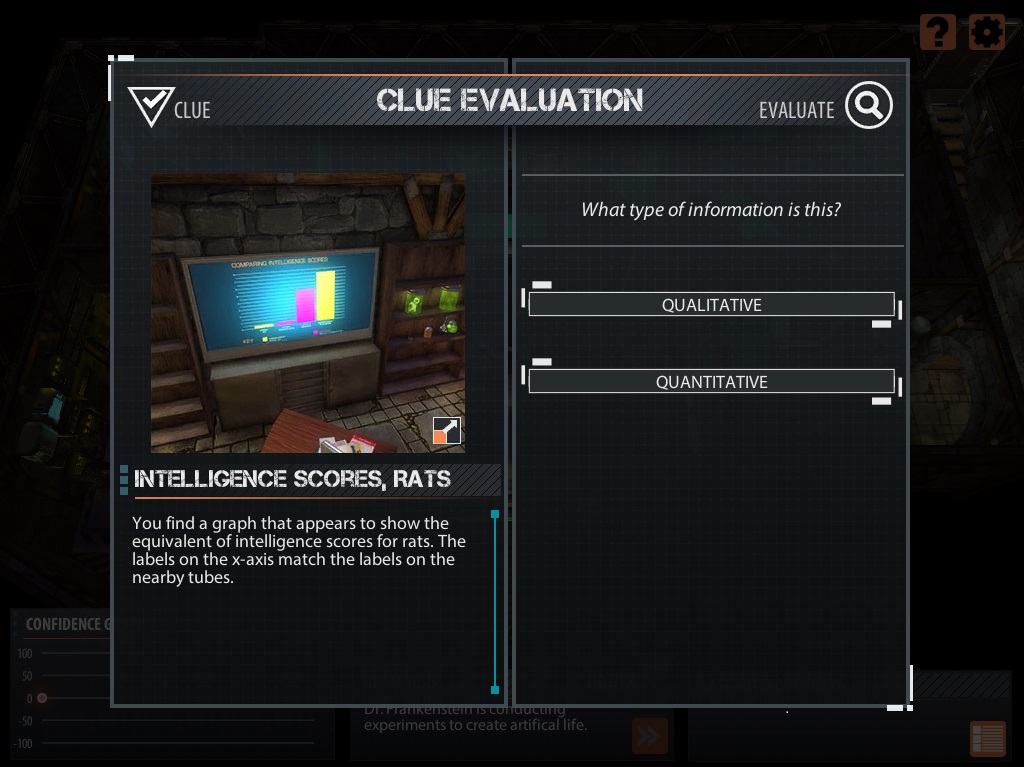 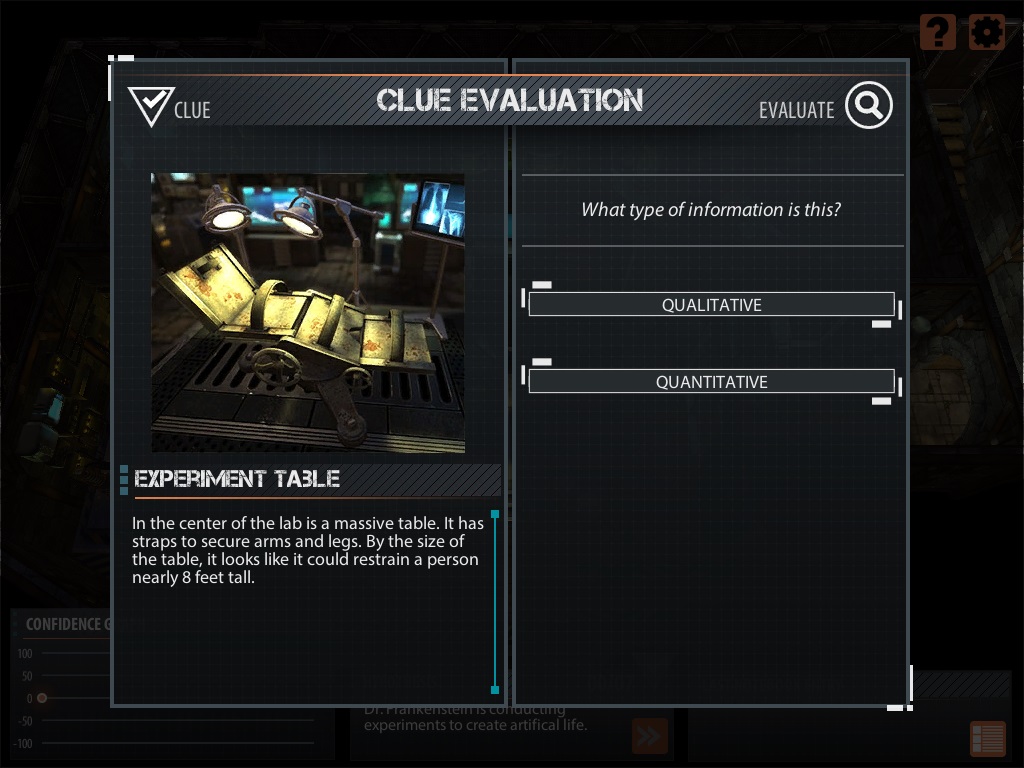 In addition to full implementation support, the K20 Center provides the following documents to help instructors effectively integrate The Detective: Bavaria into their classrooms:

In order to gain access to the game portal and all K20 games free of charge, please click the button below and fill out the request form.

In order to get support for a game, please click the button below and fill out the support form.