In this lesson, students will explore the odds of winning in games of chance and discover the problems associated with gambling. They will participate in a game of dice, read personal stories, and create their own PSAs about the dangers of gambling addiction. This lesson includes optional modifications for distance learning. Resources for use in Google Classroom are included.

What are the odds of winning at games of chance? What impact does gambling have on people and society?

Students play a probability game with dice or cards to investigate how often people win games of chance.

Students listen to or read about personal accounts of gambling addiction. Then, students participate in a 3-2-1 activity to understand the impact of gambling based upon what they heard or read.

Given a rubric, students work with a group to create a PSA poster about the dangers of gambling addiction.

The PSA poster serves as an evaluation for this lesson. An optional peer evaluation activity is also included.

Using the attached Lesson Slides, show students the guiding questions on slide 3: What are the odds of winning at games of chance? What impact does gambling have on people and society? Ask students to consider these questions throughout the lesson. Move to slide 4 and briefly introduce students to the lesson objective on the slide.

Go to slide 5 and explain to students the rules for the Eleven Game. Divide students into groups of three. Ask each group to designate one scorekeeper (the two remaining students should act as players). Pass one a copy of the attached The Eleven Game Score Sheet to each group. This score sheet contains the rules of the game and a score sheet for the scorekeeper's use. Additionally, pass out three dice to each group.

If it better fits your needs to assign scorekeepers, consider doing so by asking students, "Whose birthday month is closest to today's date?" Then, assign the scorekeeper job to the person whose birthday matches that description.

The Eleven Game is played as follows: the player who begins rolls all three dice and adds one tally to Player #1's "Total Rolls" column. If the numbers on the dice total 11, the scorekeeper adds 11 to that player's score in the "Score" column. If not, the player's score remains the same. (The scorekeeper records all rolls, both winning and losing, in the "Total Rolls" columns. A winning roll equals 11; all other totals are losing rolls.) The first player passes the dice to the second player. Repeat, with players taking turns to roll the dice. The first player to 99 points is the winner.

Remind scorekeepers to count the total number of times that the dice are rolled by each person, regardless of whether they roll an 11 or not. This is recorded on the scoresheet.

Have groups play. As students begin to reach scores of 99, move to slide 6. When a student from a group wins, have the group's scorekeeper do the following math:

Once all scorekeepers have done so, move to slide 7. Create two columns on a poster or whiteboard space, labeling these, "Winning Percentages" and "Losing Percentages" as shown on the slide. Invite each scorekeeper to come up and record both the winning and the losing players' percentages in their respective columns to display for the class. Explain to the class that this game (rolling the dice to get an 11) is purely a game of chance, not of skill.

As an alternative to The Eleven Game, you might choose to bring a deck of cards (instead of dice) and about four small prizes per class. (If doing this activity in place of The Eleven Game, skip slides four through eight.) Tell students that today is their lucky day—they have a chance to win a prize. Do not reveal the prize ahead of time. Fan the deck of cards face down on a desk or table. Pick students to come to the front of the class to choose a Jack from the deck without looking. Some might say this is impossible; if so, you can ask, "What might be the odds of picking a Jack out of the entire deck of cards?" (The odds are 4 out of 52 or 4/52, which is 1/13 when reduced.) Ask students what chance (percentage) they have of winning this activity. The odd calculated as a percentage is roughly 8%. Discuss why people would play games of chance, such as this one, when the odds are so low.

To make this activity accessible for online or distance learning, consider using an online dice randomizer for students who don't have access to 3 dice at home. Download all attachments to use this lesson in Google Classroom.

Once each group's scorekeepers have recorded a full list of all players' percentages, move to slide 8. Ask each group to discuss the questions on the slide:

Once groups have had time to discuss, conduct a class discussion. Do so by reading through each question one at a time and asking for groups to share their responses.

Before beginning the next activity, print out a copy of the Huffington Post article "A Statistician's View: What are your chances of winning the Powerball lottery?" for each student.

Go to slide 9. Hand out copies of "A Statistician's View: What are your chances of winning the Powerball lottery?" Explain to students that, at most convenience stores nationwide, adults can purchase lottery tickets that promise to pay out large amounts of money. Invite students to read about the probability of winning the lottery. Introduce students to the Stop and Jot reading strategy, and ask them to use this strategy as they read.

In the interest of time, or if your students struggle with reading material, you may wish to simply read the article aloud to them while they read silently. This way, a few paragraphs at a time can be read; then, in the margins of the reading, students can stop to jot down ideas or phrases that sum up what was just read. After this, discuss the article as a class.

Post two tablet papers (or use a whiteboard space or similar). Label the chart papers "Groups of 1s" and "Groups of 2s." Have student groups choose a writer to walk up to the tablet papers and write their summary on the appropriate page's tablet paper. Once each group's summary is written, go over each statement as a class. Begin with "Groups of 1s." This functions as a way of explaining the article.

Ask the class, "Given that the probability of winning these games of chance is so poor, why do people continue to gamble on them?"

Answers will vary. They may include: "Someone has to win. It might be me," or, "It can be exciting to play thinking you might win."

To make use of this lesson in an online or distance learning environment, have the student writer include their summary on a pre-made chart using an application like Google Docs or Padlet. You may also consider making this activity a discussion board post to which your students can respond directly. Download all attachments to use this lesson in Google Classroom.

Go to slide 10. Invite the class to listen to the stories of people who have a gambling addiction. Ask students the following questions: What does the word "addiction" mean? For what reasons might someone become addicted to gambling?

Answers will vary but should include that addiction is something that you do compulsively and cannot stop doing. Typical responses may be: "people gamble for the thrill, or high, of taking a risk," "it can mean getting money without working," and "people want to beat the odds."

If your students may respond better to a video aimed at teens, consider showing "What To Do When Your Gambling Addiction Takes Over Your Life."

Have students form pairs with new partners (or return students to their previous groups of three). Once pairs or groups are formed, pass out to each student a copy of the attached PSA Poster Project Rubric. Move to slide 11 and introduce students to the PSA poster project. Read aloud the rubric criteria for creating an outstanding poster. Check that students understand these criteria, answering questions as necessary.

Now, invite students to use their 3-2-1 notes to create a PSA poster with their group about the issues associated with gambling. Provide art supplies like posters or chart paper, markers, etc. if possible. The poster should include information about how gambling impacts people and society, as well as any information students gleaned from other activities or readings in this lesson. You may choose to supplement student understanding by allowing students to use the Internet to research gambling addiction, related problems, or other issues.

To include this activity in an online or distance learning environment, you can have students create digital posters using an application such as Canva or Google Slides. Download all attachments to use this lesson in Google Classroom.

Move to slide 12. The PSA group poster serves as an evaluation for this lesson and should be graded for content and appearance. The attached PSA Poster Project Rubric is provided for grading reference.

If it suits your classroom needs, you may also choose to have students peer review other groups' PSA poster projects. If you choose to do so, pass out an extra rubric to all groups. Display all finished posters in the classroom. Then, invite groups to "pre-evaluate" or "peer review" another group's poster as a way to help them make a better grade. In doing so, each group should evaluate another group's product against the rubric, then provide feedback for improvement.

You may choose to leave out the optional peer review activity above part of this lesson if utilizing distance learning. If you would like to include a peer review as part of the activity, you can use a website such as VoiceThread, where you can upload students' posters to the site. Then, students can choose whether they would like to make a quick video, a voice memo, or a written note to provide their feedback on other students' posters. Download all attachments to use this lesson in Google Classroom.

Teacher's Note: Looking For Hands-On Learning For Your Students?

Mind Your Own Budget (MYOB) is a comprehensive game-based learning application for financial literacy. Mind Your Own Budget is aligned with the OK Passport and National Standards for Financial Literacy. Through game-playing, students encounter everyday financial tasks such as making and keeping a budget, paying recurring and emergency expenses, managing financial accounts, and using financial instruments. Each scenario presents a new challenge and teaches new concepts while building on important budgeting basics. To find out more, go to K20 Digital Game-Based Learning or email k20center@ou.edu. 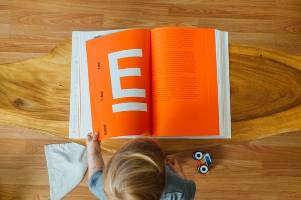