This lesson references the 2019 "Alienstock" phenomenon to engage students in exploring, assessing, and drawing their own conclusions about the validity of various media sources. Students will work independently and in groups to compare two news segments about the existence of aliens, read and evaluate the credibility of online articles to deepen their knowledge of the subject, then create their own Claim, Evidence, Reasoning (CER) statements focused on whether or not aliens exist.  This lesson includes optional modifications for distance learning. Resources for use in Google Classroom are included. While this lesson is currently aligned only to 8th grade standards, it would be appropriate to teach in grades 7 through 8 , adjusting standards as needed.

How do different types of articles and media express the same or contradicting ideas about the same topic? How do you determine the relevance, reliability, and validity of information?

Students watch and compare two news clips about aliens. Then, students participate in a Four Corners activity over the statement "Aliens exist."

Students read one of four assigned articles in a group, Why-Lighting and taking notes in a T-Chart.

Students evaluate the article they read for validity and credibility, reporting their findings to the class.

Student groups create Claim, Evidence, Reasoning (CER) statements related to believing or not believing in aliens, and present these statements to the class.

Students revisit the Four Corners activity, re-evaluating their opinions on the statement "Aliens exist." Students discuss why their opinions did or did not change.

Prior to beginning the lesson, print out a set of the attached Four Corners Mini-Posters. Hang one in each corner of your classroom.

Use the attached Lesson Slides to guide the lesson. Begin by introducing the Essential Questions on slide two: How do different types of articles and media express similar or contradicting ideas about the same topic? How do you determine the relevance, reliability, and validity of information? Let students know that, in this lesson, they will answer these questions by assessing the validity of certain sources, and use valid sources to inform their opinions.

Move to slide three. Ask students what these three pictures, images from popular movies or television series—Arrival, Star Trek, and The X-Files—might have in common. Call on volunteers to respond. Students may say that these shows involve a sci-fi setting, themes of discovery, and feature aliens or UFOs. Tell students that these works represent a fascination many people have with the idea of aliens, creatures from other planets. Ask students if they are familiar with the viral Facebook event called "Alienstock," which called for participants to storm Area 51.

Area 51 is a common name of a United States Air Force facility located in south Nevada. The secrecy surrounding this base makes it a popular subject for conspiracy theories, especially regarding alien and UFO folklore. One tale claims that the site contains the wreckage of a crashed UFO and bodies of its alien pilots. Officially, Area 51 is used for training and, while never declared a "secret base," it contains "top secret" (sensitive) research.

Teacher's Note: "why Is It Called Alienstock?"

Students may also be curious why the event is called, "Alienstock." You might explain that this is a play on words, derived from another event called "Woodstock." Woodstock is a town in upstate New York and the name of a now-famous music event held nearby which drew over 400,000 people in 1969. Because it was such a phenomenon, the name is sometimes co-opted by adding the suffix "-stock" to describe other events that hope to draw a large number of people who are like-minded. Similarly, popular culture also sometimes uses the suffix "-gate" to refer to controversial or covert political events, in reference to the Watergate scandal that resulted in President Richard Nixon's resignation in 1974.

Move to slide four and play the linked video clip by Fox Business News. After the video, discuss with the class the questions on slide five:

Move to slide six and play the linked video about Project Blue Book, which is a more serious look at unexplained lights in the sky as reported by U.S. Air Force pilots. After the video, discuss with the class the questions on slide seven:

Move to slide eight, which asks students to form an opinion about the statement "Aliens exist." Using the Four Corners strategy, guide students' attention to the Four Corners Mini-Posters displayed in each corner of the classroom. Ask each student to think about which poster most closely expresses their opinion: strongly agree, agree, disagree, and strongly disagree. Students should consider their own internal reasoning, evaluate their thoughts, and then stand near the poster that matches their opinion the best. Ask students to share their reasoning with group members who have gathered at the same sign. Once groups have discussed, ask each group to choose a spokesperson who will share their group's thoughts with the whole class.

To make the above Four Corners activity accessible for online or distance learning, you may choose to have students select which image they feel is the misfit and justify their reasoning in a discussion board on a web-based platform (e.g., Google Classroom) instead of representing their choice in four corners of the room. Download all attachments to use this lesson in Google Classroom.

Prior to the Explore phase, prepare the four articles below for distribution. You may choose to print copies for each student (with each group of four requiring one set of four articles), or distribute the links to students via Internet-enabled devices like phones or laptops. One source, Newsela, requires a free account to be made before the article can be read.

Assign students to groups of four, then have them number off from 1 to 4 within each group. Distribute the following news articles as prepared, and have students read the article corresponding to their number. There should be four students per group, with each group member reading a different article ("ones" reading article one, "twos" reading article two, etc.).

Pass out the attached Alien T-Chart to students and move to slide 10. Ask students to record on their T-charts all evidence found in their article supporting either the case for or against alien existence. Encourage students to discuss why they highlighted certain things, and collaborate within their groups to gain a thorough understanding of what they read.

As groups work, circle the room and listen to students' conversations. As necessary, clarify information and prompt further questions.

Consider creating multiple copies of the attached Alien T-Chart using Google Docs. Assign two or three students to each copy of the Alien T-chart and have them collaborate virtually. Students can add notes to the document and collaborate as a group using the "chat" feature in the document. You may also consider making this activity a discussion board post to which your students can respond directly. Download all attachments to use this lesson in Google Classroom.

After groups have completed their T-charts, pass out a copy of the attached Source Evaluation Checklist to each group. Ask groups to consider the reliability of the article they read based on its validity. Explain that validity, in this case, means the author used credible and trusted sources to write the article. Read aloud the Source Evaluation Checklist as students follow along. Answer any questions and clarify any misconceptions students have before they begin. You may wish to model how to analyze an example document as well.

Move to slide 11. Ask groups to go over the checklist and, as a group, determine how each question should be checked. Allow time for students to complete the checklist, including rating the validity of the article in the given space on the Alien T-Chart handout. Then, ask for a volunteer from each group to report whether their article is reliable and valid, or untrustworthy. Ask for 1–2 reasons why the article is credible or not. As groups share and record responses for the class on slide 12.

Move to slide 13. Have students rejoin their original groups (or create new groups), where each group member has now read a different article. Invite students to use an adaptation of the Jigsaw learning strategy to take turns teaching their respective articles to the rest of the group. Each student should act as the "expert" for their article, summarizing it aloud to the rest of the group and including observations about the article's validity and credibility. Group members can add information they learn from their classmates to their own T-chart.

To make this activity accessible for online or distance learners, you may choose to have students read all of the articles instead of using the Jigsaw strategy. You might also consider choosing just one of the articles to focus on. If you choose to keep the Jigsaw strategy, you can invite students to share their assigned sections of the reading in a discussion board on a web-based platform (e.g., Google Classroom). Download all attachments to use this lesson in Google Classroom.

After groups have discussed all four readings, pass out a copy of the attached Claim, Evidence, Reasoning (CER) Organizer to each student. Move to slide 14 and introduce students to the CER (Claim Evidence Reasoning) strategy. To help students understand how to create a CER statement, ask them to consider the opposite claim as the one given on slide 14—doing assignments on paper is easier than doing them on the computer. While the evidence may not change, students can reason that everyone may not have access to a computer at home, or may not have enough experience to use it effectively. After discussing this with the class, move to slide 15. Ask students to use the organizer and their notes to create their own CER statement based on one of the claims listed, using evidence found in the four articles. Students should keep in mind the validity of the articles.

You may also consider having students create digital posters with tech tools such as Popplet, Piktochart, or Canva. Download all attachments to use this lesson in Google Classroom.

After class presentations, move to slide 16. Revisit the Four Corners strategy to find out who changed their mind. Facilitate a class discussion by asking the class: Did we change anyone's mind about the existence of aliens? Why or why not?

Completed Alien T-Chart handouts and CER Organizers serve as assessments of this lesson.

You may also consider making this activity a discussion board post to which your students can respond directly. Download all attachments to use this lesson in Google Classroom. 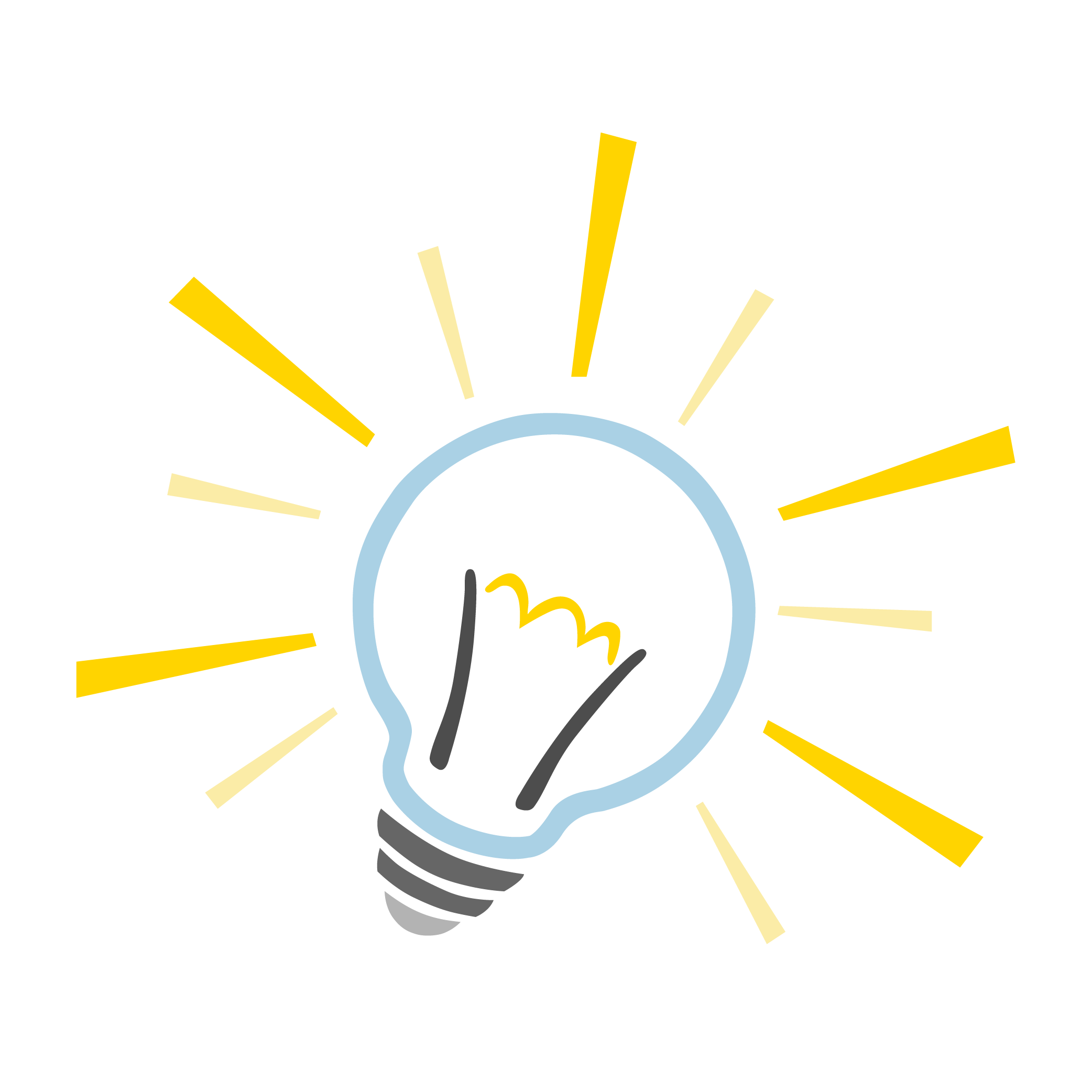